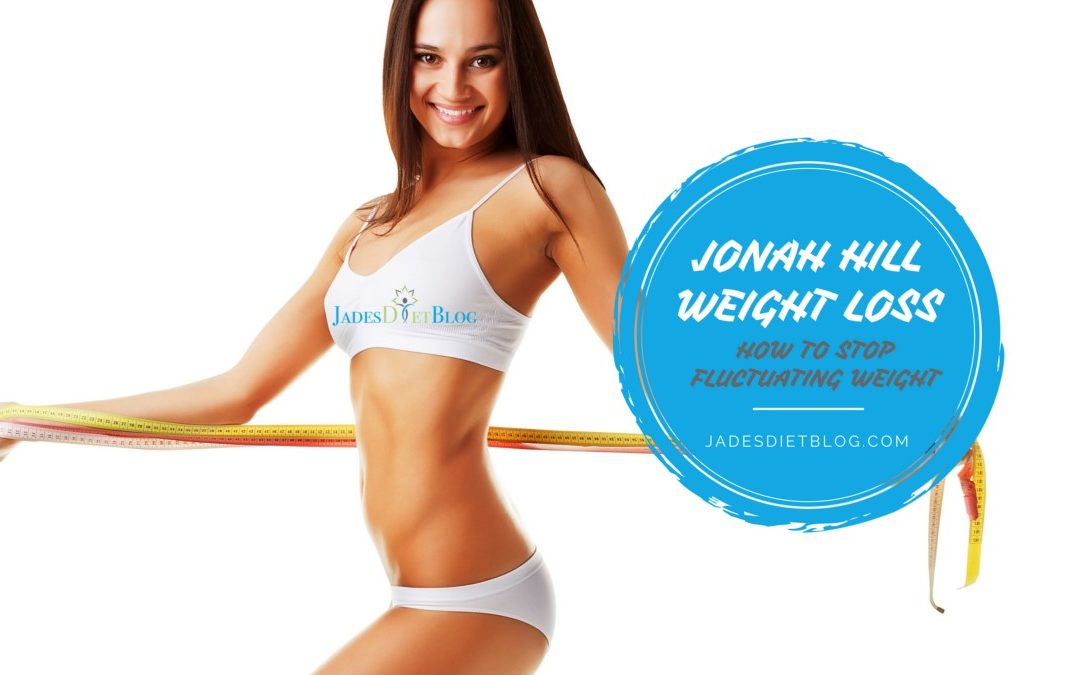 Your weight is a difficult thing to control. Everyone at one time or another in their lives will deal with weight issues. If you struggle with fluctuating weight, don’t worry, you’re not alone. Even celebrities go through the same fluctuations we do, especially when they’re playing certain roles.

Celebrities are regular people like you and I but we never think of them dealing with or worrying about “common things” such as weight. However, there is one certain celeb who is always in the media for weight loss and gain. We’re talking about comedy star Jonah Hill.

Jonah Hill’s weight gain and loss is very well documented and is something he’s been dealing with for years. It’s also been said that his weight fluctuates with the movies he’s filming.

This is usually the case with many different celebrities as well.

It started when he was in his late 20’s. He struggled with his eating habits and they seriously took their toll on him. However, weight fluctuations were nothing new for him and in 2011, his weight dropped noticeably. With the help of a nutritionist, Hill lost an amazing 40 pounds.

In 2011 he spoke about his weight again and told a reporter from Vulture that “being healthier came along with maturity and it’s hard, because a lot of times people want you to be the guy you were when they met you.”

Hill was always known as the funny, overweight sidekick in most of his movies which is how a lot of people saw him. Until he decided he was going to change.

Jonah Hill struggled just as millions of others do when it comes to resisting the temptations of junk food. With help from his nutritionist, however, he had a set diet which mostly contained a lot of fruits, vegetables, lean protein, whole grains, and low-fat dairy products.

He even picked up some Japanese eating habits and ate quite a bit of sushi. He also eliminated things like coffee and alcohol from his diet and after that, the pounds seemed to melt away.

When asked about his weight loss Jonah Hill says, “it was mostly just diet. I wish there was some crazy thing that I did, like a pill or a genie or something. But it was, unfortunately, I went to see a nutritionist, and he told me what to eat to change my habits and stuff. I found that Japanese food was very helpful to me.”

Hill also admittedly told his nutritionist “I’ll lose weight, I’ll eat healthier and whatever but figure out how I can drink beer.”  Soon after this he reportedly lost 40 pounds for his role in “22 Jump Street” and had his trainer, and his nutritionists new approach to his beer-drinking habit.

But in August 2014 he had put a few pounds back on and was heavier than ever due to binge eating and reportedly being in a bad place in his life. Apparently he abandoned his Japanese diet and went back to what he loved, beer and burgers.

This escalated quickly and by April 2015 he had gained a considerable amount of weight while he was filming his movie “War Dogs”.

However while filming another movie in March 2016 he seemed to be slimming back down.

When dealing with your weight it can sometimes have traumatic impacts on the way you see yourself. Jonah got proper counseling from experts and it was through their help that he was able to let go of his unhealthy food cravings.

Although, the beginning is always hard, as it was for Jonah Hill. But once he got into the routine of healthy eating it got easier, as it will with anyone.

Work In A Workout

Working out regularly should be a part of everyone’s daily routine. Although Jonah Hill mainly chalks his weight loss up to having a healthy and clean diet he would still do light workouts.

Workouts such as running, sit-ups, push-ups, etc. He also hired a personal trainer to help his weight loss. He started with very mild workouts and once his body got used to them he moved up to endurance and stamina training.

What’s Normal And Not, For Everyone

A number is just a number. This is a saying that goes completely unheard when you’re talking about weight. It’s not hard to worry when you see numbers on the scale jumping around from low to high, high to low. Especially when you’re weighing yourself everyday, which by the way is a big no-no.

Since a lot of us can’t eat something and gain 5 to 10 pounds in a day, if you see those differences while on a scale it’s most likely water.

Although, if those extra few pounds keep showing up on your scale it may be time to make some adjustments. If the scale is showing more than a 7 pound jump for longer than a day or two you may have to start making more aggressive changes.

It may be time to ditch that glass of wine at dinner. Especially if it’s more than a glass.

It Can All Come Down To This

There are also other factors when it comes to your weight, especially when you step on the scale. Things like exercise, hydration levels, bathroom habits, and what you’ve eaten that day all play a big part in what you see.

Throughout our day our bodies hold onto fluids as we drink and also eat. As little as two cups of water can add an extra pound and since there’s also water in food so as you eat it more water is retained. It has nothing to do with your body fat, or muscle percentage. It’s only water.

If you went to the gym and were sweating but not drinking enough water to make up for it you could easily drop a couple pounds in a day. But it’s not fat, you’re losing water weight.

Too much water isn’t the only factor to make or break the numbers on a scale. Dehydration is also a source of temporary weight gain.When you don’t drink enough fluids your body will hold on to whatever water we do have to maintain our fluid balance.

When this happens our kidneys excrete fewer fluids through urination because they’re also trying to maintain a balance. This to can make the scale go up.

Another factor which could be contributing to your weight fluctuation is your bathroom habits. If you hadn’t gone to the restroom that day and step on the scale that could cause the number to fluctuate as well.

If you have a carb filled meal your body will hold on to more water than it usually would. Carbs aren’t necessarily making you fat, but they are affecting water use when it comes to your metabolism.

When To Step On the Scale

It’s crazy to think about how much power those little numbers have over us and how much they impact our daily lives. You either see what you want too and in that case your confidence sky rockets. Or you see something negative and spend the rest of the day beating yourself up.

If you’re persistent and insist on stepping onto the scale everyday, it’s best to keep it consistent. Weigh yourself at the same time everyday, preferably in the morning and after you’ve used the restroom.

Use the same scale, in the same place. Also, wear as few clothes as possible since things like jeans and belts can be heavy. If you’re clothes are heavy they will make your measurement less accurate.

You are still less likely to drive yourself crazy and become obsessed however if you only weigh yourself once a week rather than everyday.

Things happen in life that will always be out of our control. However, your weight doesn’t need to be one of those things. All it takes is the proper dedication, motivation and a lot of focus.

By doing certain things in your life to help set you up for success is easier than you think. You can set certain days to do things such as meal prep for your week.

Don’t go to the gym alone. Go with a friend, or try out that new yoga studio around the corner. You don’t have to drag yourself to the gym day in and day out. There will never be such thing as bad exercise.

Weight fluctuations happen, in either small or extreme forms. Jonah Hill’s’ weight gain and loss is more on the extreme side. But for those of us who also seem to float between better and worse when it comes to our weight, he should be used as an example. Of the bad, and also the good.