What is the Difference Between Diet Coke and Coke Zero? 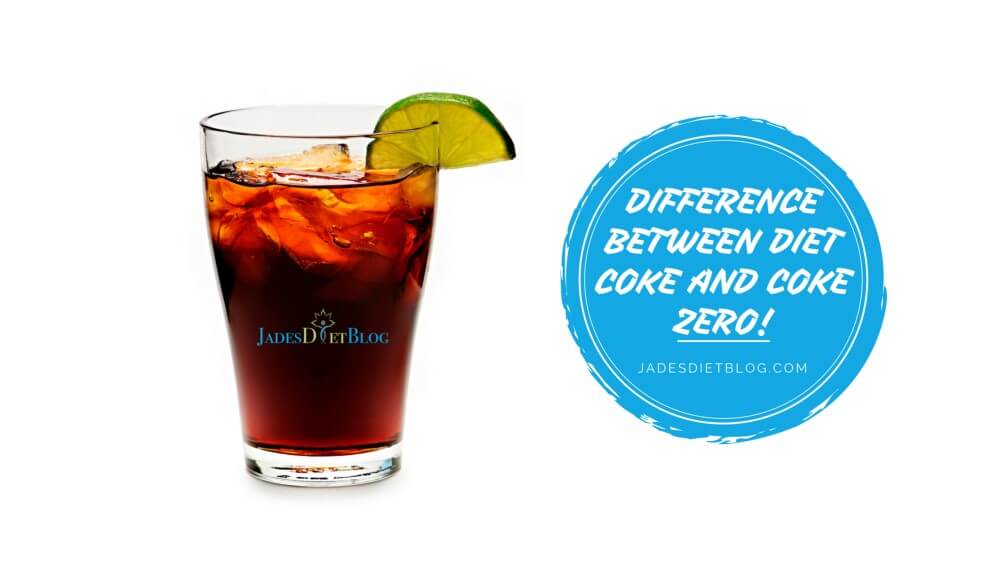 Let’s face it – a lot of people love soda. In some parts of the world it’s called pop, or cola. Or it’s just given the euphemisms of a “soft drink.” But we all still know what soda is, and most of us probably even grew up with it. Not only did we enjoy the sweet taste and refreshing sensation, but we got a kick out of getting a little hiked up on caffeine. But then somewhere we realized that soda was never really good for our health. It’s high in calories, high in sugar, can increase diabetes, can lead to metabolic syndrome, cause kidney problems, heart disease in men,  dehydrates you, wears away your dental enamel, puts weight on your waistline, and the ingredients in its caramel coloring has been linked to vascular disease and cancer.

Coca-Cola is quite easily the most popular soda brand in the world. Diet Coke is the second. This can lead one to assume that at least enough people have understood the damaging effects of soda and are attempting to take steps to live healthier lives by altering their soft drink consumption habits. For example, on average, Americans consume 44 gallons of soda a year. In 2015 that number dropped to 40.7. 63% of Americans now claim to actively avoid soda altogether.

Coca-Cola launched Diet Coke in 1982, long after rival brand Pepsi marketed its own diet soda in 1963. Coca-Cola refused to put its name next to the word “diet,” instead producing a diet cola called Tab. It wasn’t until they realized the marketing power of their brand; when Diet Coke was released it outsold Tab.  Coca-Cola also offers its other brand of “diet” cola, Coke Zero, which was introduced in 2006. But how different are they really? Both are sugar-free and both contain no calories. Isn’t that what’s most important? Perhaps for some they are interchangeable. But there are important differences.

Coca-Cola officially would like to declare the difference is the taste. Though they have the same sweeteners, they have a different flavor base. The same “sweeteners” they refer to are aspartame and acesulfame K (potassium), the latter being an artificial sweetener 200 times sweeter than sucrose. But what do they mean by “flavor base?” Originally, Diet Coke was sweetened with aspartame and saccharin, to save money. Later Coca-Cola would stick to a formula for Diet Coke that featured 100% NutraSweet branded aspartame sweetener after NutraSweet disavowed blended sweeteners. Some fountain versions of Diet Coke still feature saccharin, however, to preserve shelf life.

The taste of Coke Zero, Coca-Cola claims, is identical to its classic original version. This is how they derive the difference from Diet Coke in flavor base. Instead of being 100% aspartame, or 100% NutraSweet, Coke Zero does feature the combination of NutraSweet and acesulfame K. There is also an ever so slight difference in food acids used. Regular Coca-Cola has E338 (phosphoric acid), which is also in both Diet Coke and Coke Zero. But Diet Coke additionally has E330 (citric acid), while Coke Zero has E331 (sodium citrate). Surprisingly, it has just about the same amount of caffeine as Coca-Cola, which means it’s less caffeinated than Diet Coke!

But there’s another important difference between Diet Coke and Coke Zero, and that’s how the brands are marketed. When most people hear the word “diet,” they often think of women. Whatever the reason for the association, women are often considered to be more of dieters than men. Men had difficulty with the idea of drinking Diet Coke for the same reason – they considered it rather “effeminate.” Coca-Cola even designed the Diet Coke logo and can to reflect this idea and gradually began to market it more towards women. The idea was to also create an identity for self-conscious women concerned about their weight.

Considering the overall soda consumption has declined in the last several years, it was apparent that men were also interested in the weight-loss, health-conscious lifestyle. After all, when differentiated by gender, men are more likely to consume soda than women are. So how was Coca-Cola going to react? Coke Zero was born. Instead of using the word “diet” in its name and advertisements when it was launched, the marketing strategy for Coke Zero focused on its “zero-calorie” feature. The can and logo were also designed to appeal more to men, appearing more “masculine.” It was recently rebranded in 2016 as Coke Zero Calorie to emphasize this feature.

Diet Coke remains the second most popular soda drink in the world, but Coke Zero hasn’t broken the top 10. So the jury’s still out on whether or not the market segmentation has worked. But, then again, there has also been a 34-year gap between the two products being released. Nevertheless, Diet Coke and Coke Zero may not even be worthy of being valued as suitable substitutes for the health-conscious world.

Are they still healthy?

Both aspartame and acesulfame K have been studied and were revealed to be carcinogenic. Just like asbestos, certain dioxins, and tobacco smoke. So that means the Coke Zero that’s marketed to men has two difference carcinogens, instead of the one in Diet Coke. And acesulfame K has the most negative studies than any other artificial sweetener. Additionally, in some other Central and South American Countries, and a few European countries, Coke Zero was produced with sodium cyclamate as an artificial sweetener. Sodium cyclamate was banned by the United States Food and Drug Administration. It had later been pulled from some of those formulas after consumer campaign.

But Diet Coke isn’t much better. Its reliance on aspartame as a sweetener has led to many health concerns as well. Changing food energy intake by substituting artificial sweeteners for sugar will not necessary decrease food energy intake, nor extend to anything resembling a weight-loss diet. Instead, steady consumption of sugar substitutes gives a 48% higher risk for metabolic syndrome. Additionally, the sodium benzoate in both drinks has been linked to breakdowns in mitochondrial DNA, which can lead to hyperactivity and decreased cognitive development in children.

Soda consumption, overall, happens because it is a cheap drink that isn’t water, and it’s tasty. It feels good to consume sweet, tasty things, so the body craves more of it. But the body needs water.  Because a psychological reward doesn’t exist in consuming water, people are often going to choose the sugary drink over the healthy drink because it makes them feel better. The only problem is that the short-term rewards could be leading to some severe long-term consequences. While there are slight differences between Diet Coke and Coke Zero, the biggest similarity they share is not being a part of your healthy lifestyle.