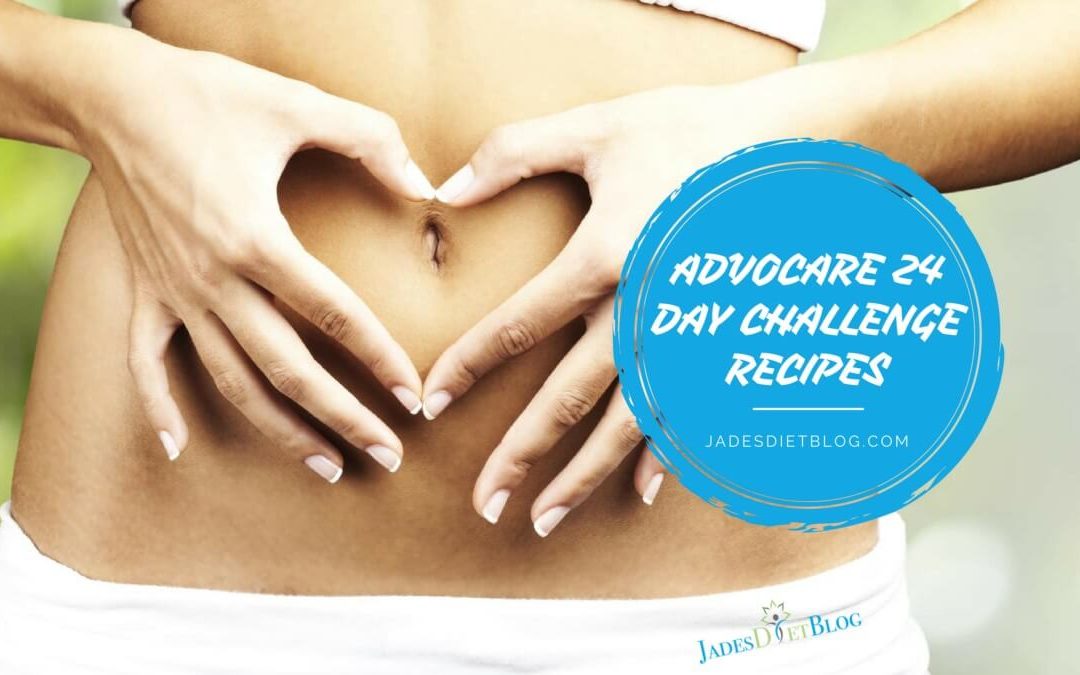 The AdvoCare 24 Day Challenge diet pack gives you all the tools you need to lose a significant amount of weight in a short amount of time.  With that being said, the AdvoCare 24 day plan is not an easy diet to follow. The diet gets progressively harder as you go.  That’s why the people who designed the diet decided to call it the AdvoCare 24 Day Challenge.  The program is no cakewalk. If you want good results, you shouldn’t go anywhere near a cake for 24 days once you start.

The AdvoCare diet works.  But keeping the weight off for good is a whole different ballgame, of course.  In order to lose weight and keep it off, you have to make permanent lifestyle changes.  When it comes to dieting effectively, there are no shortcuts or easy answers.  As long as you have realistic expectations, the AdvoCare 24 day program is a great way to start out on your weight loss journey.

To give you some idea of what kinds of results you should expect with this program, we collected 5 inspirational AdvoCare 24 Day Challenge stories from around the web.  Most of the people we read about lost about 10 or so pounds. Dieters that were already in shape lost less, but looked awesome at the 24 day mark.  Here are their stories.

Since completing the AdvoCare program, Bock has decided to become an AdvoCare distributor.  She’s also continuing to use Spark, MNS 3 and Catalyst on a regular basis.  When she’s feeling hungry and can’t find healthy food, she prepares an AdvoCare meal replacement shake.  She finds that the shakes effectively eliminate hunger for about 3 to 4 hours.

Mary of A Merry Life

According to Mary’s bio, she has been struggling with compulsive eating since she was a teen.  On her high school graduation day, Mary weighed over 260 pounds.  By improving her lifestyle, Mary managed to get below the 200 pound mark.

In 2011, Mary completed her first triathlon.  She’s made running part of her life.  She often takes part in 5ks and other Nashville area running events.  But even though she’s made big lifestyle changes, Mary still struggles with her weight.

In 2016, Mary decided to take the AdvoCare 24 day challenge.  By the time she finished, she had lost 13 and a half pounds. She lost a lot of weight in her face and midsection.

Janetha of Meals and Moves

Janetha is another midwestern health blogger with a unique voice.  When Janetha isn’t writing about exercise and dieting, she enjoys hanging out with her family and playing with her dogs.  Unlike Mary and Kim, Janetha was already in pretty good shape before she took the challenge.  She lost 7 pounds, and now you can clearly see her stomach muscles.

Janetha said that the AdvoCare 24 day challenge helped her deal with her recurring stomach problems.  Even though Janetha wasn’t overweight before she took the challenge, her insides were out of whack.  Her stomach was always grumbling and making strange noises.  She often felt bloated and lethargic.  Also, she suffered from constipation.  The cleanse portion of the AdvoCare challenge helped Janetha resolve her gastro-intestinal issues and get healthier.

Another thing Janetha liked about the challenge was that it helped her kick her caffeine addiction.  Instead of drinking coffee to get going in the morning, Janetha switched to drinking Spark.

Jenny Collier not only took the 24 day challenge herself– she also convinced her husband and her mom to do it with her.  Jenny’s mom lost over 60 pounds, proving that older people can also benefit from AdvoCare’s weight loss program.  Jenny herself went down a full pants size.  Her husband lost 15 pounds during the initial diet, then went on to lose a total of 45 pounds after sticking to the AdvoCare long term weight loss program.

Because she had so much success with the program, Jenny decided to start a Facebook group for AdvoCare dieters.  The group members give advice and support each other.
They also post AdvoCare friendly meal and snack recipes.

Ashley of Coffee, Cake and Cardio

Ashley currently lives in Washington DC, but she’s originally from Texas.  Like the other bloggers on our list, she likes to write about fitness and weight loss.  On her blog, she posts healthy meal recipes and writes about her favorite exercise techniques.  In high school, Ashley was involved in sports.  She was a powerlifter and a hammer thrower.  Then, she let herself go a bit in her 20s.  Now that she’s gotten healthy again, Ashley has found a new favorite sport to play– full contact football!

Like Jenny Collier, Ashley took the 24 day challenge back in 2013.  She was able to lose 12 inches from her waistline.  Her husband lost 13.5 inches.  After the challenge, Ashley and her husband both felt like they had more energy.  Unfortunately, Ashley recently gained back all the weight she lost back in 2013.  Even though Ashley is still struggling to find a permanent weight loss solution, there’s no denying that the AdvoCare diet really works.  But you have to make lifestyle changes if you want to keep the weight off for good.